These truly are the best homemade cinnamon buns I have ever had. They are super soft, and pillow-ly smooth. And as an added bonus these cinnamon buns will make your house smell like a professional bakery!

Around November every year when the weather changes, I crave these heavenly rolls of cinnamon sugar, butter, and melty cream cheese frosting.

On this day, in 2011 was the very first food photo I ever took and posted to social media, and it was a cinnamon bun! My (now) fiance and I had just moved into our first apartment, I remember having no idea what I was doing, making any kind of bread from scratch was a mystery to me, but I had a man to impress, so despite my lack of knowledge, I dove in. I think the picture below speaks for itself, I had a lot to learn.

Ever since that day I fell in love with food, and became obsessed with learning everything and anything I could possibly get my hands on that was food related. This is was ultimately inspired me to start this blog. It was something else I could learn! And as a bonus, I get to share my passion (and recipes) with all of you!

These cinnamon buns do take a while. Between the labor, and the 2 rise times, they will take about 3 hours. But let me tell you, THEY ARE WORTH EVERY MINUTE.

Please Note- The nutritional information provided is an estimate based on an online nutrition calculator and it will vary based on the ingredients that you use.

Did you make this recipe? 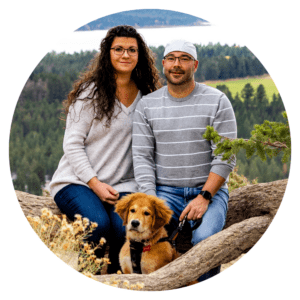 Hi There! I am Jessica and that is my husband Eddie. We are the husband and wife team behind Whipped It Up. This is the place that I share my passion for cooking, mostly in the form of comfort food recipes. I will guide you through how to easily create each recipe in your own home. Join us as we create delicious recipes and have a blast in our kitchen!
~ Jessica